There is Automatic Citizenship 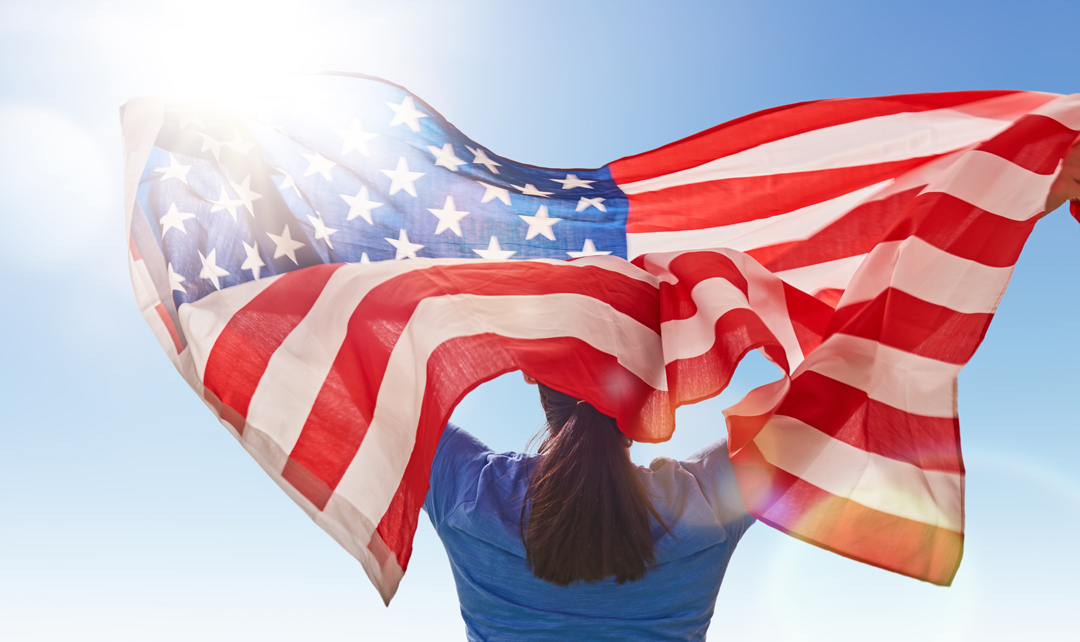 If you were born after March 1, 1983 and obtained your legal residence before you were 18 years of age, there is a chance that you have automatically acquired citizenship if your father or mother is a citizen of the United States.

For example: Your daughter was born on December 24, 1985 in Matamoros. You and your wife were Mexican citizens. In 1990 you emigrated with your whole family to the USA through a request that your sister had made many years ago, and at that time your daughter was 5 years old.

Ten years later, in 2000, you became a naturalized citizen of the United States. At that time your daughter was 15 years old. Today, she is 29 years old and continues with her current residence. However, I would like to let you know that your daughter acquired automatic citizenship as of February 27, 2001.

The reason is that on February 27, 2001, the United States Congress passed a law known as the “Child Citizenship Act” (Ciudadanía para los Niños).

In general terms, this law benefits anyone who after February 27 meets the following three requirements:

At least one of the parents (mother or father) is an American citizen, either by their birth or naturalization.
The child is under 18 years old (that is why it only benefits young people who were born after March 1, 1983 because if they were born before this date on February 27, 2001 they were already 18 years old). It does not apply to youths who were 18 years old on February 27, 2001.
The child is residing in the United States in the legal and physical custody of the parent who is a US citizen after obtaining their legal permanent residence.

In your case, your daughter acquired her automatic citizenship of the United States on February 27, 2001, since on that day she met the 3 elements mentioned above: (1) You were already a naturalized citizen (you were naturalized in 2000). (2) Your daughter was under 18 years old on March 1, 2001 (she was 16 years old), and (3) the day the law came into effect, she was already a legal resident who was living with her parent who was a citizen of the United States.

The reality is that due to the lack of information, there are many legal residents (such as in this case) who do not know that they have been citizens of the United States for quite some time.

On February 27, 2001, the day this law went into effect, thousands of young people automatically became citizens and many still do not know it. Many of them have probably renewed their residence without realizing that they were already citizens.

What you have to do is apply for citizenship. The cost of the immigration process is $600. It is important to understand that since citizenship is automatic, the process does not have to have been done before the person is 18 years old.

It can be at any time that the person wants as long as the three requirements mentioned above were met before the person was 18 years old. Consult an attorney who specializes in immigration for advice. 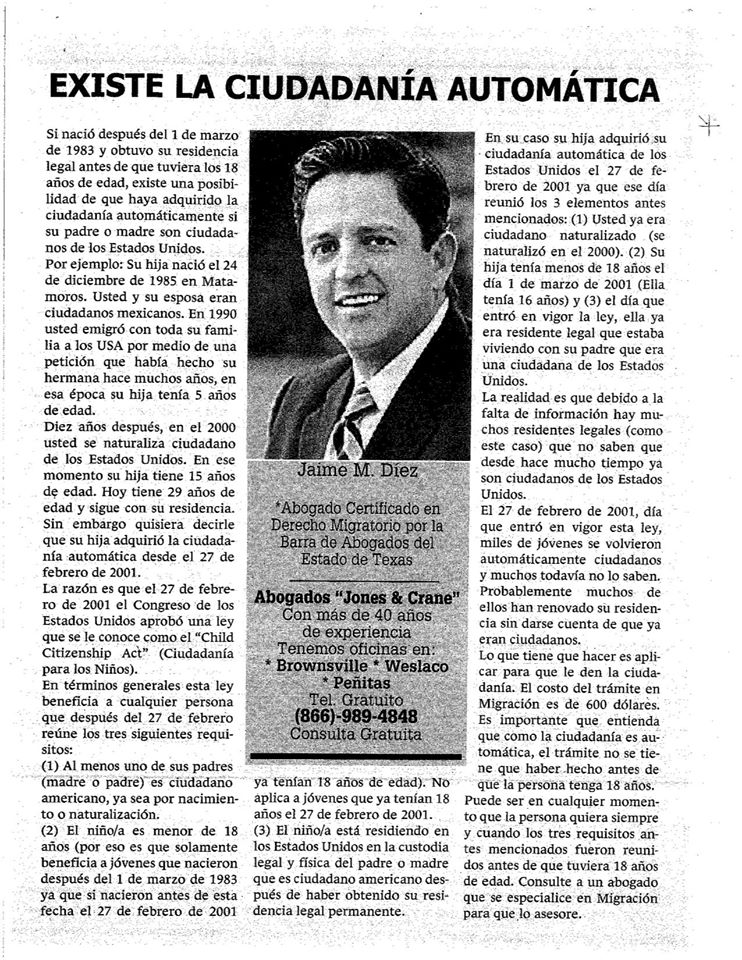 Share It
0 Comments
This week the question is this: “Lawyer: I am an engineer in Matamoros and I would like to know if a company in Texas can ask me to work with them as an engineer?”
June 18, 2020 0 Comments