I Used to be a Resident, but then I was deported. Will I be able to emigrate again in the future? 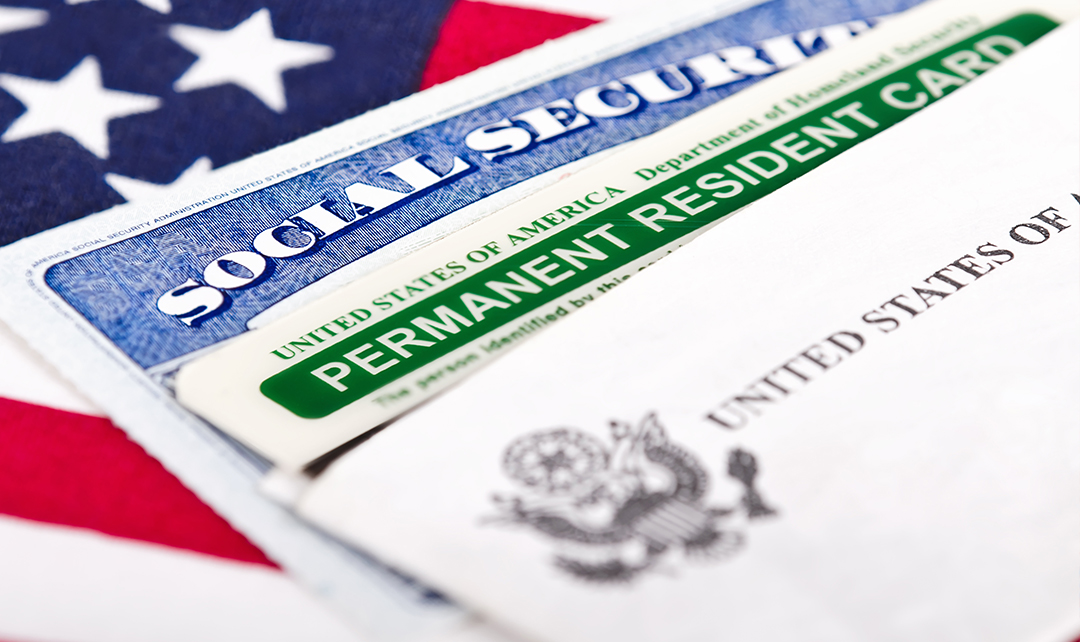 This week I received this question: “My husband was a legal resident in the US for many years. However, when he was 20 years old, he had a legal problem and was deported. When he was deported, he was told that he his ban from the US was for 10 years. That was over 15 years ago. When he was deported, his residence was not taken away. Now he lives in Mexico. However, his entire family, including his two children and I, his wife, are American citizens. Are there any pardons he can request so that he can live in the US again?”

In general terms, I will tell you that it’s actually going to be very difficult for a person who was deported to be given permission to live in the US again as a legal resident. However, it is very important that we understand that when we refer to deportation we are usually talking about cases in which the person had to leave the country because of a hearing before a migration judge or because he/she was turned away at a point of entry by an immigration officer when trying to cross (usually because he/she presented false papers) after 1997.

In this case, the woman wants to know if her husband can emigrate to the U.S. again through her because she is a U.S. citizen. Her husband hasn’t returned ato the U.S. since he was deported and still has his green card from when he was living in the U.S. The problem is that he was deported after being a legal resident and because he committed a crime. In order to determine if there is a possibility that he may be able to emigrate again, I would need to know what crime he committed.

For example, if he was deported for committing a drug-related crime, he won’t ever be able to emigrate to the United States. The only pardon that exists for this type of crime is for those who can prove that the amount of marijuana they were found with was no more than 30 grams.
Now, if he was deported for having three DWIs (Texas felonies), there is still a chance that he could emigrate. This is possible because from approximately 1997-2000, the Immigration Department deported many people who had three DWIs, arguing that they were crimes of violence for which there was no pardon.

However, years later the area superior court determined that Immigration was incorrect and that these offenses should not result in deportation. That is why it is very important to know why the person was deported in order to know if there is a possibility. If it’s a case of drugs, don’t waste your time or money to see if you can emigrate again. But, if it’s for another type of case, there may be a possibility.
Finally, it is important for you to know that although this man’s wife’s residence was not taken away, he is no longer a resident. If he tries to use that card for reentry, there’s a chance that the authorities will find out about his situation and accuse him of trying to enter the U.S. illegally. Depending on the reason that he was deported, this could result in a sentence of up to 20 years in prison. 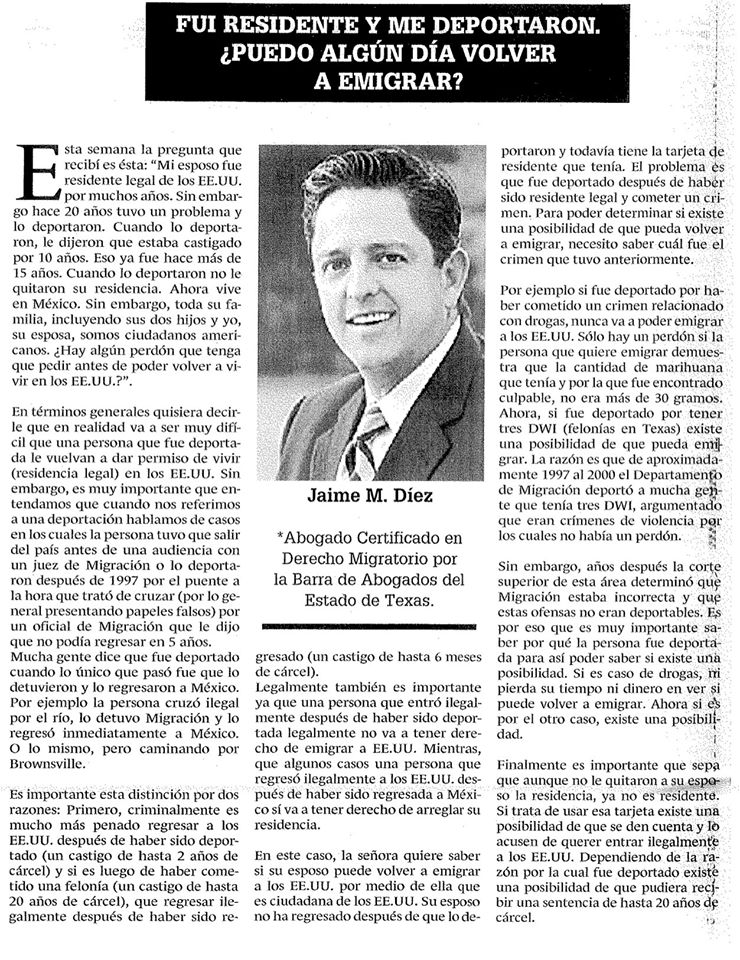