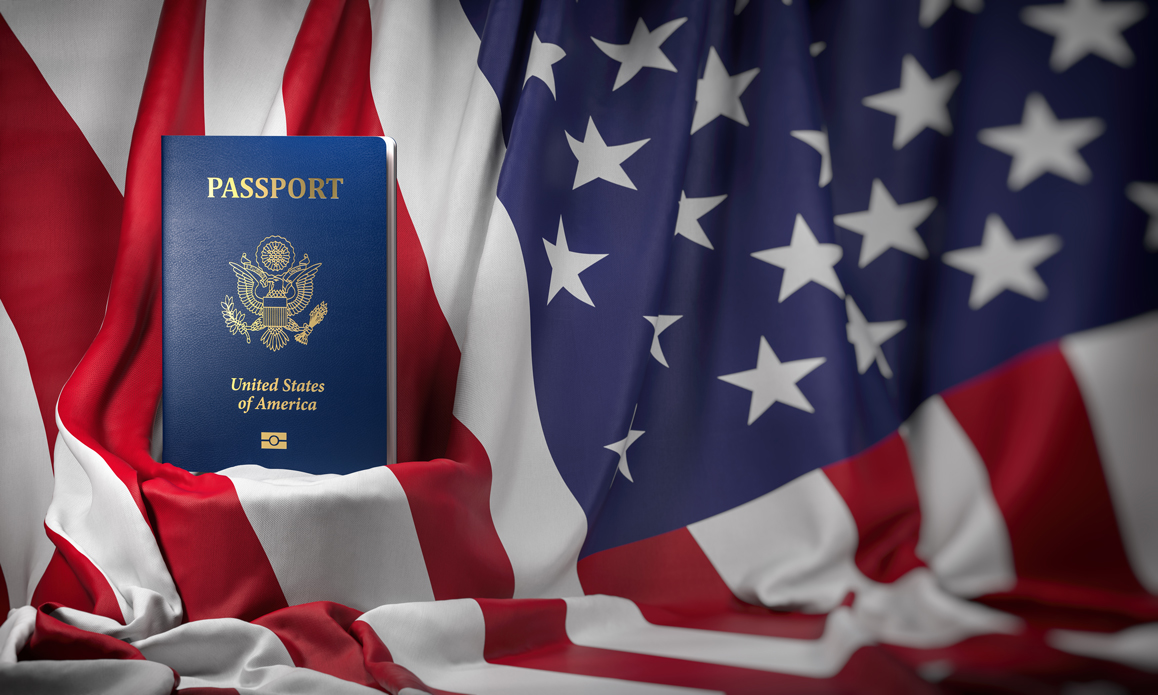 This week the question is:
“Lawyer: I was born in Brownsville with a midwife. I already had a passport, but a year ago I filed a petition for my wife that Immigration approved three months ago. Everything was fine until two weeks ago when I went to have dinner in Matamoros, and when I came back I was detained for more than 10 hours on the bridge.

While I was detained, they questioned me about where I had been born. Immigration officers told me: ‘You were born with a midwife who was found guilty of registering children who were not born in Texas; you also have a birth certificate that says you were born in Mexico.’ Finally, they let me through, but they took away my passport. They didn’t give me a receipt or anything.

Yesterday, I received a letter from the State Department telling me that my passport was being canceled because there was a birth certificate that said I had been born in Mexico. What I can do? I spoke to my mom, and she tells me that yes, I was born in Texas, that she met the midwife through a friend, but since she lived in Mexico after I was born, she took me to live with her in Matamoros.

Also in order for me to enter school in Matamoros, out of ignorance she registered me when I was one year old in Matamoros as if I had been born in Mexico. My mom tells me that at that time she didn’t know that she could register me as a Mexican born in Brownsville even though my parents were Mexican. My wife and I are very concerned. I live here, I studied here, and I have my house here. What can we do?”

The truth is that you really don’t have much choice but to see an attorney to help you file a lawsuit in federal court. Under the law, the only thing you can do if your passport is canceled or denied is to file a lawsuit in federal court. You have a period of 5 years that your passport is canceled or denied to file the lawsuit. It is something that you are going to have to do and the sooner the better. The reason is that right now your mother is still alive and can explain everything about your birth.

I see more and more cases of people having problems with their passports. Some, like this case, are because the State Department cancels them. The problem is that they only realize that their passport is canceled when they’re coming back from Mexico. It’s really amazing to me to think that the government has the authority to cancel a passport without giving the person a chance to know what their options are.

Others have trouble trying to get it back, either at the Consulate or via mail. However, whether you are not given the passport at the Consulate or within the United States, what you have to do if they won’t give it to you is to file a lawsuit. And it is important to do it now.

This problem is further complicated when I now see that once your passport is denied or canceled many times, the Department of State notifies the Texas Department of Birth Certificates and Driver’s Licenses. So, what I‘ve seen now is that not only do they not give them the passport, but now the state of Texas does not want to give them their birth certificates, and DPS does not want to grant them a driver’s license because their systems reflect that the birth certificates are fraudulent.

Imagine what a difficult situation this is. A person who was born in the United States, without a passport, without being able to obtain his birth certificate or driver’s license. Believe that the only thing worse is cases of people I have seen who do not get their passports or are deported when trying to return to the United States.

This is why if your passport was taken away or canceled, you have to file a lawsuit. And if your child was not born in the US, tell him or her to go to a lawyer to see what immigration options there are. And, most importantly, if you really know you weren’t born in Texas, don’t apply for a passport; that’s a crime. 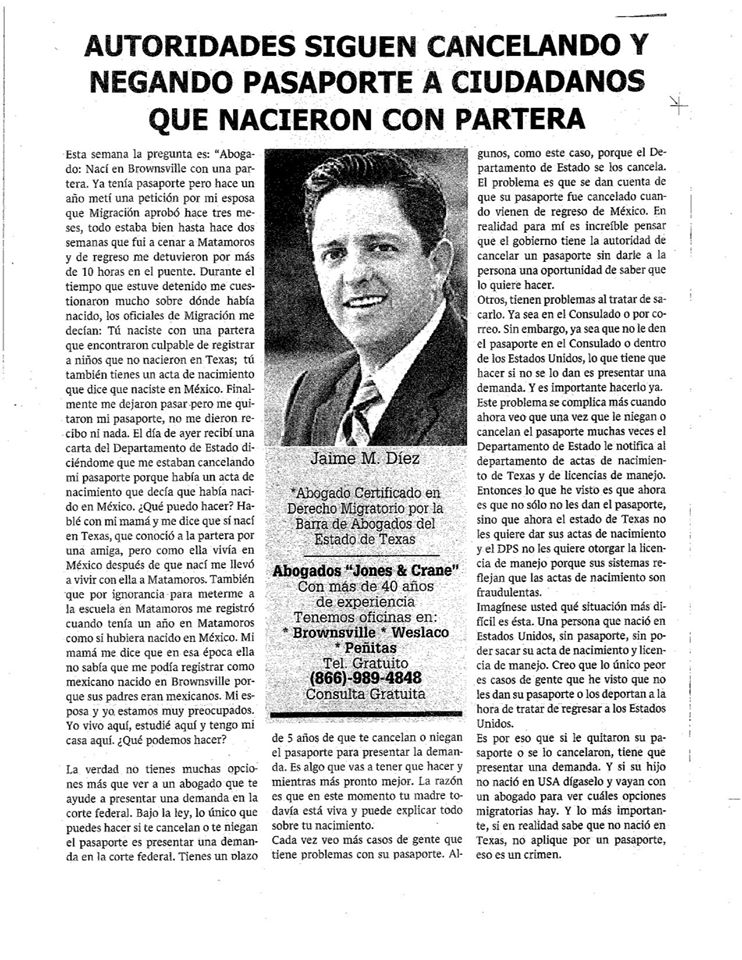 Share It
0 Comments
This week the question is this: “Lawyer: I am an engineer in Matamoros and I would like to know if a company in Texas can ask me to work with them as an engineer?”
June 18, 2020 0 Comments
US is denying passports to Americans along the border, throwing their citizenship into question
April 30, 2016 0 Comments